S 510 and Codex Alimentarius - the removal of nutrition

by A. Goodwin
S 510 includes passages that would force harmonization with Codex Alimentarius. It is a name most people do not know and one that the media has not exposed though its consequences to human health would be extreme. Codex threatens the lives of millions through limiting access to adequate supplementation.
From an open letter by Dr. Matthias Rath, a renowned cardiologist, sent to Helmut Kohl, the German chancellor and one time pharmaceutical lobbyist who introduced Codex to the world.

This "Codex" Commission is overwhelmingly composed of representatives of German and international pharmaceutical corporations, and its aim is to set world-wide guidelines for vitamins, amino acids, minerals and other dietary supplements. Spearheaded by the German pharmaceutical corporations, this Codex Commission plans to ban, on a world wide scale, any health statements in relation to vitamins, be it preventive or therapeutic. Moreover, the only vitamin formulas which would still be available would have to meet the arbitrary restrictions of the Codex Commission. The nations that do not comply with these restrictions are faced with economic sanctions.

These plans of the pharmaceutical corporations and the Codex Commission are in direct opposition to the overwhelming importance of vitamins and other essential nutrients for human health and, in particular, for preventing cardiovascular disease. ...
With this background, the attack of the Codex Commission is a desperate act by pharmaceutical companies to protect their world-wide drug market against naturally effective and much more affordable vitamins. Particularly disturbing is the spearheading role of the German pharmaceutical corporations within the Codex Commission. Once before in this century, a German pharmaceutical and chemical corporation, I.G. Farben, became responsible for the deaths of millions of people and consequently, was dismantled in 1946 by the Nuremberg Tribunal and split into Bayer, BASF and Hoechst. With the current plans of the German pharmaceutical companies, the predictable dimension of the unnecessary and premature death of millions of people is unavoidable. If the Codex Commission is allowed to obstruct the eradication of heart disease by restricting access to nutritional supplements, more than 12 million people world-wide will continue to die every year from premature heart attacks and strokes. Within the next generation alone, this would result in over 300 million premature deaths, more than in all the wars of mankind together.

Codex for the US began on December 31, 2009. There have been five bills so far this year to remove access to supplements, if one adds S 3767 introduced by Senators Leahy, Klobuchar, and Franken on September 13th.
How dangerous are supplements that they are subject to FDA armed raids?


The Hazardous-Nutritional-Supplements -Target of FDA Police Raids:
Annual Deaths From:
FDA-Approved Drugs (1).......60,000 - 140,000
Food Contamination (2)...........................9,100
Aspirin (3)......................................................90
All vitamins (4). ............................................ 0
Uncontaminated amino acids (4)..................0
Commercial herbs (4).................................... 0
Why is this happening? The logic is inescapable - illness is worth money and health is worth $0. The FDA would be in charge of whatever agency is set up under S 510 (and S 3767) which would destroy availability of adequate nutrition. The dark history of the FDA's work to cut off knowledge of and access to all treatments for cancer not coming from the pharmaceutical industry is extensive but mostly unknown. The current FDA, pleading it doesn't have enough power to stop food contamination, finds power when it comes to stopping gentle cancer treatments and safe treatments for pain, and loses it again when it comes to drugs causing thousands of heart attacks or deaths and is silent on common pharmaceutical industry pain medications which routinely kill.
The value of supplements is abundantly clear to the pharmaceutical industry. When they were the main support for Germany during WWII, it was "A crime punishable by death to spread information in regard to nutrition in Norway, Belgium, Holland, and all other conquered countries." - D.T. Quigley, MD, Fellow American College of Surgeons, in The National Malnutrition
Today, the FDA is involved in an on-going, unconstitutional effort to stop information about the effectiveness of supplements, especially those which offer alternatives to H1N1 vaccines. The FDA has been and is increasing its removal of freedoms around speech, and health (as relates to food and vaccines/drugs), and now, just as they hope to control vast power over food and remove supplements, has gone so far as to assert in court that there is no fundamental right to one's bodily and physical health. (Is this a necessary legal accompaniment to the devastation that Codex would cause, and to forcing people into exposure to pharmaceutical industry's vaccines which have become increasingly unsafe?)
The removal of rights is the focus of
this video on Codex: "We Become Silent - The Last Days of Health Freedom" with Dame Judy Dench.
While people may sense that the consequences of the removal of nutritional supplements would be serious, it is possible to see in advance what would result from Codex-compelled vitamin and minerals deficiencies. In viewing the list, however, it is important to realize that those born or already sick with diseases and certain groups such as children, pregnant women and the elderly would be impacted first, given their greatly elevated requirement for nutritional supplementation. And hyper-supplementation to actually treat diseases would be available. Adults who do not fall into those categories would became ill from lack of adequate nutrition, at which point they would join the ranks of the ill and their own nutritional requirements to sustain lives would go up.


This following list is brief, not including hundreds herbs or any of the specially combined nutritional formulations, including those with absolute evidence of their effectiveness, and the absence of which
would mean death.

Saladin
Conservative, n: A statesman who is enamored of existing evils, as distinguished from the Liberal who wishes to replace them with others. Ambrose Bierce The Devil's Dictionary. 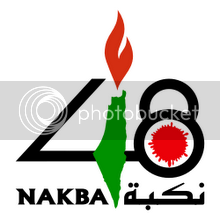 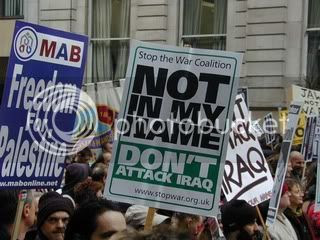 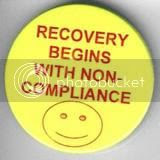